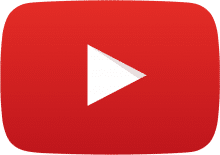 Last year, CCFC, Center for Digital Democracy, and our lawyers at Georgetown Law’s IPR filed an FTC complaint detailing how Google illegally collects, uses, and profits off of kids’ personal information on YouTube. And this week, we got results: the FTC announced that it reached a landmark settlement with YouTube and Google that will ban behavioral advertising and limit data collection on child-directed channels.

As FTC Commissioner Rohit Chopra explains, behavioral advertising targets “a demographic of one.” Using masses of user data – browsing activity, web searches, location data, and so on – Google can “psychologically profile each user and predict in real time what content will be most engaging and which ads will be most persuasive.” It’s completely unethical and unfair to use this technology to manipulate kids into wanting – and nagging their parents for – stuff. That’s why it’s illegal to collect personal information from, and deliver behavioral advertising to, kids under 13 without getting explicit parental consent.

But that’s exactly what Google and YouTube have been doing every day for years: spying on and delivering targeted ads to millions of children, illegally and unchecked. And now, they can’t anymore. Or, to put it another way:

As a direct result of CCFC’s advocacy, the number one kids’ website in the world will soon have significantly less surveillance and kid-targeted behavioral advertising.

For all of the shortcomings in this settlement – and yes, there are many – this is a huge victory. Not only does it cut out a huge amount of highly manipulative child-targeted advertising, it forces Google to admit there are kids on YouTube at all – something that it had been denying, incredibly, for years

As our 2018 complaint to the FTC detailed, YouTube is the most popular kids’ website in the world, and YouTube knows it. But until now, the company has talked out of both sides of its mouth, boasting to advertisers it’s the “new Saturday morning cartoons” while insisting in their terms of service that “YouTube isn’t for anyone under 13.” Thanks to CCFC, that ridiculous fiction has come to an end.

Google has – finally! – been forced to acknowledge that there are children on YouTube, and now will have to take steps to protect the kids who use their services. This FTC settlement sends a clear message to other companies who are playing the same con, intentionally drawing children to their “13+ only” platforms and then illegally collecting their data. (We’re looking at you, Snapchat.)

There’s more work to do here. This settlement doesn’t hold anyone at Google personally accountable for illegal behavior. The $170 million fine may be record-breaking, but it is not nearly big enough. And the FTC isn’t requiring Google to monitor whether child-directed channels are IDing themselves properly. (Google says they’ll use AI to do that kind of monitoring, but because it’s not included in the settlement, it amounts to self-regulation – which means they can stop doing it at any time.) We’re already working on our plans to address these shortcomings, and if you want to help, a gift to our Privacy Fund will make a big difference.

But right now, today, take a moment to celebrate: YouTube is not untouchable. Corporate values do not need to rule kids’ lives. And when we fight back, we win.